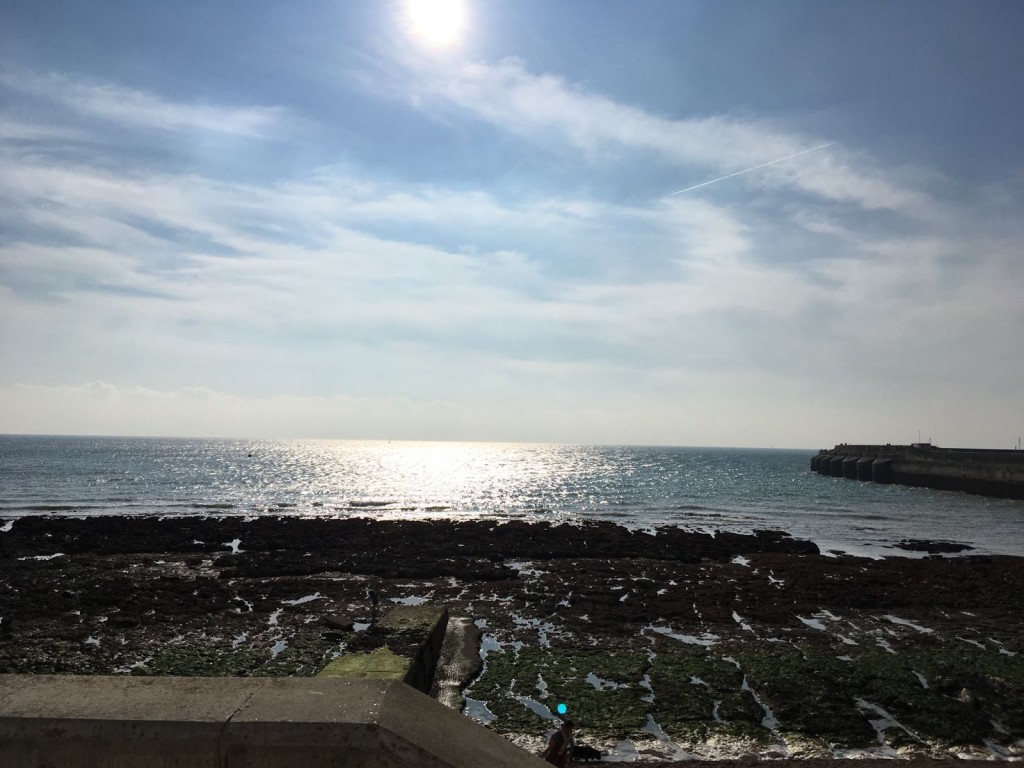 So I have some news…I’m engaged! I’m literally on cloud nine right now. My face is conveying genuine excitement (which for those of you that know me, is basically a miracle). I could just put a generic post on Facebook to tell all my friends, but then I had a better idea. Making this announcement via blog post just seemed like the right way to do it. It’s personal, detailed and helps to capture how special our moment really was.

So here we go. If you can’t be arsed to read the details, then no hard feelings, just scroll down to the pictures! To be fair the pictures do a wonderful job of telling the story.

Here’s what happened on Sunday….

Believe it or not, I actually took part in a PT session on the day I got engaged. My boyfriend told me we were heading down to Brighton so that he could train a couple of clients in the morning, and he suggested we take the dogs for a walk by the sea afterwards. He also said we could work out for an hour after he had finished his clients, which I (perhaps now regretfully) agreed to.

During our training session together, I had to flip a massive tyre over as many times as I could in two minutes. For some reason, he seemed a little concerned about my nails. I assumed he was just being thoughtful as I had just got them done a few days before. What a keeper.

Who would expect a proposal to come after doing a PT session in a steel container? You might be thinking, why the hell is she telling us this, this sounds like the worst proposal ever?!

Well, bear with me please. It gets A LOT better, and to be fair, we are both mad about sport, and have trained together plenty of times, so it’s actually quite a fond memory.

After the training session we headed down to the coast. We then walked along the undercliff behind Brighton Marina, and spotted our old flat where we used to live. We have lived in the Marina twice, once with another couple, and before that, we had a one bedroom flat overlooking the boats.

That was our very first place together, and it meant a lot to us. Both of us are naturally drawn to the sea, and really miss living in the Marina, practically in the water. We have so many special memories there. We finally reached the sea and walked down onto the beach. It was a lovely sunny day and I noticed the rays of sunshine appeared to be jutting down onto the water. It kind of felt like something special was going to happen.

We used to walk Orla in this exact spot almost every day. He took me down to the shore, and got me to sit on one of the rocks not far from the water’s edge. As soon as he sat me down I was thinking, OK, maybe this really is going to happen.

Next he told me to shut my eyes as he had a surprise for me. Then I knew. It seemed like my eyes were closed for so long, and by the time I opened them, I was really struggling to hold back floods of happy tears. He told me that the dogs have something to tell me, and to search them for the message.

I found a little tag on Rav, which said, ‘Will has something to ask you’. Then I checked Orla, and it said ‘Kiri, will you marry him?’ Then he got down on one knee and asked me himself. I was so overwhelmed with emotion that he didn’t hear me say yes, and I had to repeat myself so that he was sure! The tags had husky pictures on them and Orla’s even has one eye like she does, which really made me laugh. Before we could fully take in the moment, the dogs started digging in the sand at exactly the same time. They sprayed a load of sand on us and we couldn’t help but laugh. It was like they knew something exciting had just happened, and that was their way of showing it. Maybe they knew they had done a good job helping with the proposal?!

It took me a few minutes to actually look at my ring, because I was in absolute shock. It’s a sapphire ring which is just what I wanted, because my mum, grandma and Will’s mum and sister all have sapphire rings. The ring is so elegant and it suits my hand, and me, perfectly.

It’s from a shop called Number Ten in the lanes in case you are wondering. Our very close friend’s mum owns the shop, and his fiance, one of my besties, works there. I love having a ring that has such a personal connection to us. People were walking along the undercliff but I don’t think anyone saw what was going on, and I was glad. It was so nice to have that private moment to ourselves, where nothing else mattered. I don’t think I would have coped if it had been somewhere really public.

After a few cuddles and obligatory engagement selfies I managed to compose myself and walk down to the sea. The dogs jumped in the water and I was able to get some snaps of my beautiful engagement ring with the pooches in the background.

I have heard about plenty of extravagant and magical proposals, but none of them could even come close to ours. Because it was so personal, and it was the right fit for us. We have talked about this spot by the Marina as being our ‘happy place’.

It means the world to us, and it’s actually near enough the exact spot I hoped he might propose someday, which obviously shows we are on the same page. I also thought he might include the dogs in some way, because he knows what a crazy dog lady I am!

So thank you William, for all the thought that went into creating the perfect moment for me, and for us. I can’t wait to plan our wedding and become your wife!