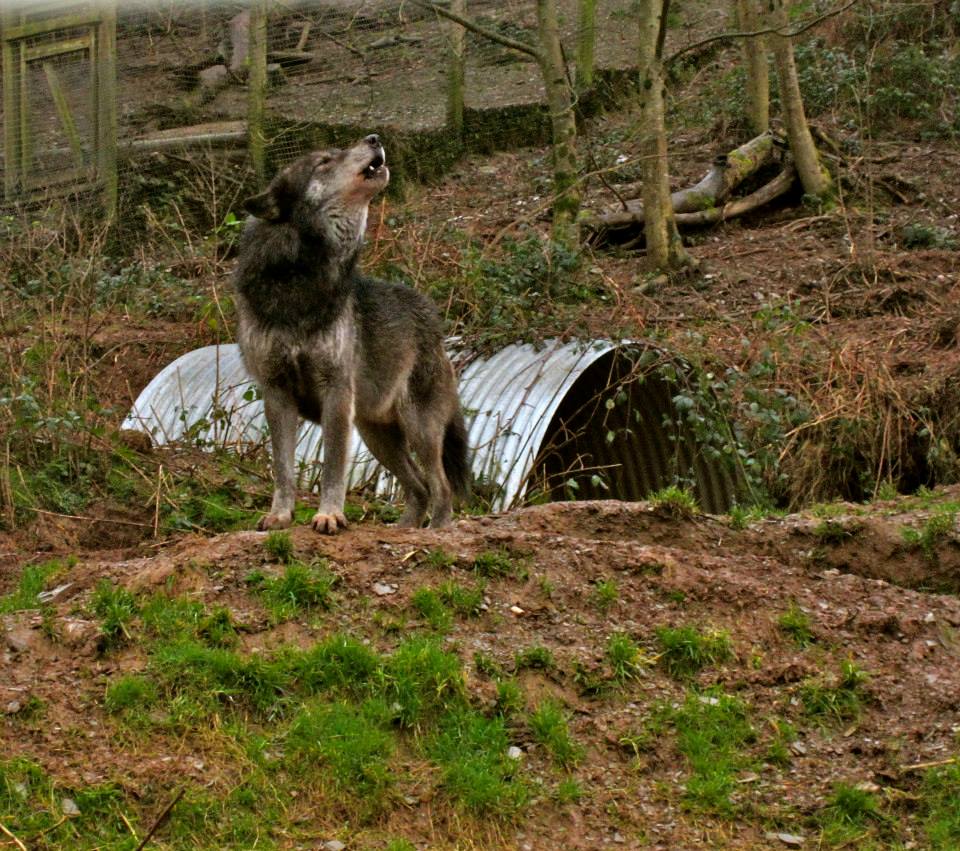 I thought naming my blog ‘The Content Wolf’ would allow me to occasionally get away with writing a dog/wolf related post. I am a crazy dog lady with an interest in canine behaviour. I completed a course in canine behaviour and one of the areas we studied was wolves (although I would like to point out I am clearly not an expert). My boyfriend also got me an amazing birthday present last year, a trip to see wolves in captivity. I can honestly say that listening to wolves howling was one of the most magical moments of my life.

Wolves are pretty damn awesome. They are one of the most feared predators and have a legendary status around the world. After briefly studying them, encountering them in real life (albeit in captivity) and reading books I feel that we have a lot to learn from them. Wolves have exceptional survival instincts and are highly adapted to their environment. Watch them work together as a pack and you will see just how complex their social relationships are and what they can achieve together.

Wolves are fiercely loyal to their pack, they are the ultimate team players. Many sports teams, families and businesses could learn a thing or two from the teamwork that wolves demonstrate. Understand your place, follow the rules and be loyal to your ‘pack’. Wolves will do anything to protect their family, even if it means sacrificing themselves. They work together to achieve a common goal that benefits the whole pack.

Wolves live in some of the most extreme environments in the world, and they don’t just survive, they thrive (provided we don’t shoot them). They make the most of the resources they have available and accept the situation they are in. Wolves have been found living in more places in the world than any other mammal, apart from humans obviously. Humans can also live in tough environments but (in some cases) we don’t half moan about it.

The strict hierarchy in a wolf pack means that youngsters have a great respect for their elders. They do as they are told and although they might challenge their parents occasionally they know exactly where they stand. I am only 28 so I don’t want to sound like I’m 90 but today’s kids could learn a thing or two from watching how wolf cubs behave. For realz.

4. Only take what you need

Humans tend to take far more than they need, which means we are gradually ruining our planet. If we were as resourceful as wolves the world would be a much better place. Wolves only take what they need and although they are sometimes described as ‘opportunistic’, every move in their game has a compelling reason behind it. We shouldn’t keep using things we don’t really need.

Wolves get cast out of a pack just like some people do in society, disregarded and considered worthless. Lone wolves aren’t worthless, they become perfectly well adapted to looking after themselves. A lone wolf learns how to look after number one. Some wolves can be forced out of a pack by the dominant males, giving them no choice but to fend for themselves. They may suffer a life of loneliness or they could eventually be accepted back into the pack.

I sometimes feel like a bit of a lone wolf. I am better at individual sports than team sports and I do occasionally like to spend time on my own. Being freelance kind of forces you to learn to work well on your own.

In human terms, a lone wolf is ‘a person who likes to do things on their own without other people’. Sometimes we can all feel like we don’t belong to any particular group, but that’s what makes us unique. Be proud of who you are.

Why is it so darn hard to communicate with people sometimes? Wolves are expert communicators, able to direct an entire pack with a howl, snarl, growl, look or using their body language. They also use scent and touch to communicate to members of the pack and rival packs. The communication between wolf pack members seems effortless. When you watch them hunt they just seem to know what to do, where to be and how to help each other. It’s what makes them such successful predators.

Wolves show affection to each other by licking,  grooming, nuzzling and even nibbling one another. They are not afraid to show affection when they feel it or a pack member needs it. Life gets so intense and we are often moving so fast that we forget to show our partners affection. Take time out of your busy schedule to actually be with your partner and give them some much needed affection.

8. Play/have fun when you get the chance

Wolves will take the opportunity to have a bit of fun or play when there is nothing pressing to do. We humans often miss the chance to indulge in a little fun. Watch a video of wolf cubs playing and it might just encourage you to enjoy life a little more. If you have some time to spare, do something you love and have some FUN!

Wolves will save their energy whenever they can, so that when they need to hunt they have as much strength as possible. Us humans on the other hand, we don’t seem to truly understand the concept of rest these days. Rest is extremely important, so make sure you get some once in a while. Don’t run yourself into the ground or you will have no energy to keep fighting.

Please excuse the crudeness of this one but wolves leave their mark by urinating or rubbing against things. Obviously, us humans can’t do that, or the world would be a very strange place. Although this one sounds silly I think it’s the most important thing we can learn from wolves. Leave your mark in life (not literally, eeeww). You only get one chance at life, so do something you enjoy and make your mark on the world.