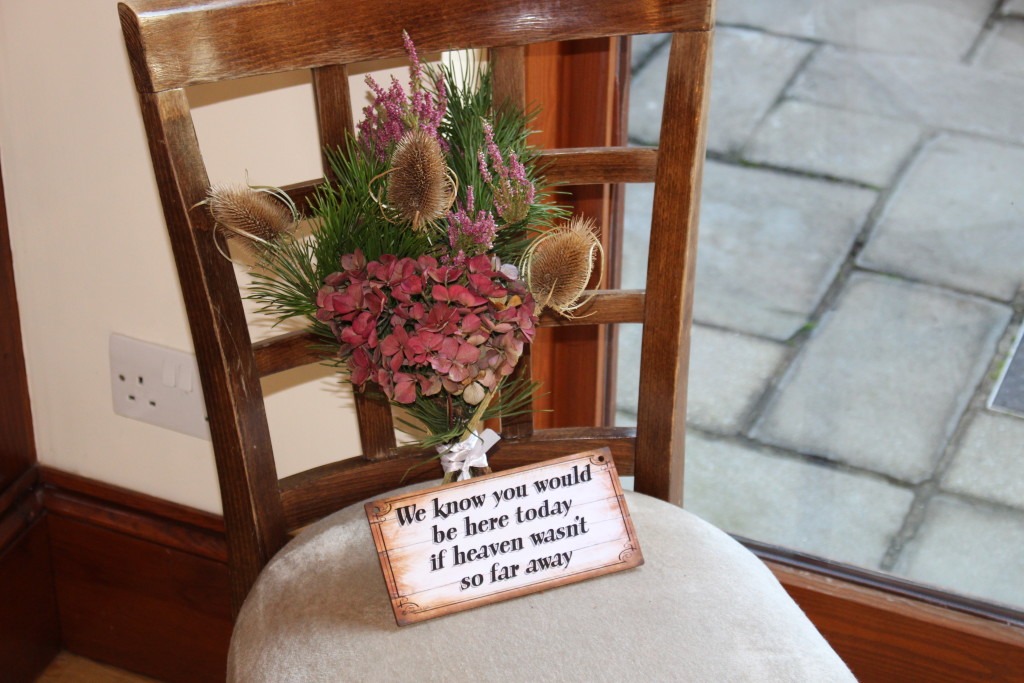 After over a decade of grieving my late father, one thing I can definitely say is grief is very odd. It comes out in obscure ways, when you least expect it. It grasps at your heart one minute, and disappears into nothingness the next.

A few weeks ago my grandad died. And I haven’t reacted how I thought I might. Maybe because I’m stronger these days, with more life experience and I’ve been through more struggles. When my dad died I was 18 and so far had lived a pretty easy, happy life. Then boom – in one moment my whole family was torn apart and my world became something entirely different.

But this time around, I’ve just felt a gentle sadness. I was lucky enough to be able to say goodbye to my grandad a few days before he passed, and I think this has massively helped me to prepare myself and come to terms with it. I didn’t get that with my dad.

Sure, he was very ill, but we thought he was going to make it, then he died suddenly. I told him ‘I love you’ before he got in the car and went to the hospital with my mum, at least I can hold on to that. Turns out he didn’t make it through the car journey without passing out unconscious. There was a lot of trauma and family complications surrounding my dad’s death.

Grandad was 95. I’d be happy with managing 95 years on this planet, with relatively little suffering. The thing is with this loss, as the next bereavement following my father’s passing – it just can’t compare. Yet another reason why I’ve been dealing with it in a healthy way. The pain of losing my dad is so much more.

I’ve come a long way with my grief and I’d say I’m now well equipped to deal with it. It’s not as if the pain goes away or gets less intense, it’s just that you feel it less often. And that thought is scary in itself because you worry that if you’re not hurting as often that you’re losing that connection.

When you lose someone you gradually learn over time that the pain you feel, despite hurting a lot, is a way to keep that person in your heart.

But the pain can come back in an instant. Flooding through your veins and into your chest. Other people might feel physical grief symptoms in different parts of their body, but for me, it’s my chest and my stomach. You know when you stub your toe? It’s like that, but an emotional version. I kind of feel guilty because there were moments at my granddad’s funeral where I was feeling only pain for the loss of my dad. He was mentioned in the eulogy and of course, that brings back memories.

Strangely, because I’ve had a fair amount of experience with grief, with my dad passing and then a few years later, my nannie – I now feel like I’m looking from the outside in. Like I’m studying myself and noting my reactions to certain things. I’m really in tune with what my body and mind is feeling and also conscious of not putting pressure on myself to feel a certain way.

You can live a normal life and take your grief with you wherever you go, it’s just hidden away somewhere that other people can’t access.

At the funeral, I found myself genuinely interested in listening to his life story and learning new things about him. I felt sad at certain moments of course, but I was mostly taking the time to fully appreciate the life he lived – and that’s really what funerals are all about.

Celebrating life. Identifying ways your lost loved one left a mark on the world, no matter how small or insignificant.

My grandad certainly had a fascinating life, escaping the Nazi’s in Germany during World War 2. He came over to England after losing one of his companions on the journey to freedom. He subsequently met my English nannie, and they had two children together – my aunty and my dad. It’s thanks to his bravery and determination to make the impossible happen that I even exist. Grandad spoke nine languages and was an interpreter during the war, a skill which ended up saving him from going into combat.

I’ve been dealing with a few personal issues lately. And what is really interesting is that some of those feelings that were raw around the time of the funeral appeared to take over what was going on in front of me. It’s interesting that the struggles of life can sometimes get mixed up with dealing with death.

I’m still waiting to have a private moment where I cry for my grandad. I know it will come at some point, I’m just not putting any pressure or expectations as to when.

I think when trying to manage and cope with grief you have to be patient and just kind of let it happen.

Don’t panic if you don’t feel anything initially, it’s just your way of dealing with things. You’ll open up and let the grief in when the time is right. Oh, and by the way, getting your thought down on paper can really help – though it doesn’t work for everyone. It’s just writing is my way of expressing myself and letting go of the pain.

Oh and watch out for a future post that will be inspired by my grandad. The last time I spoke to him I was able to get some tips on his diet and the contributing factors as to why he lived so long (ironically). I’ll be sharing the late Guido Nowak’s tips in due course…

**Main image with flowers taken from my wedding where we had a chair for my father. Credit to Kristida Photography.