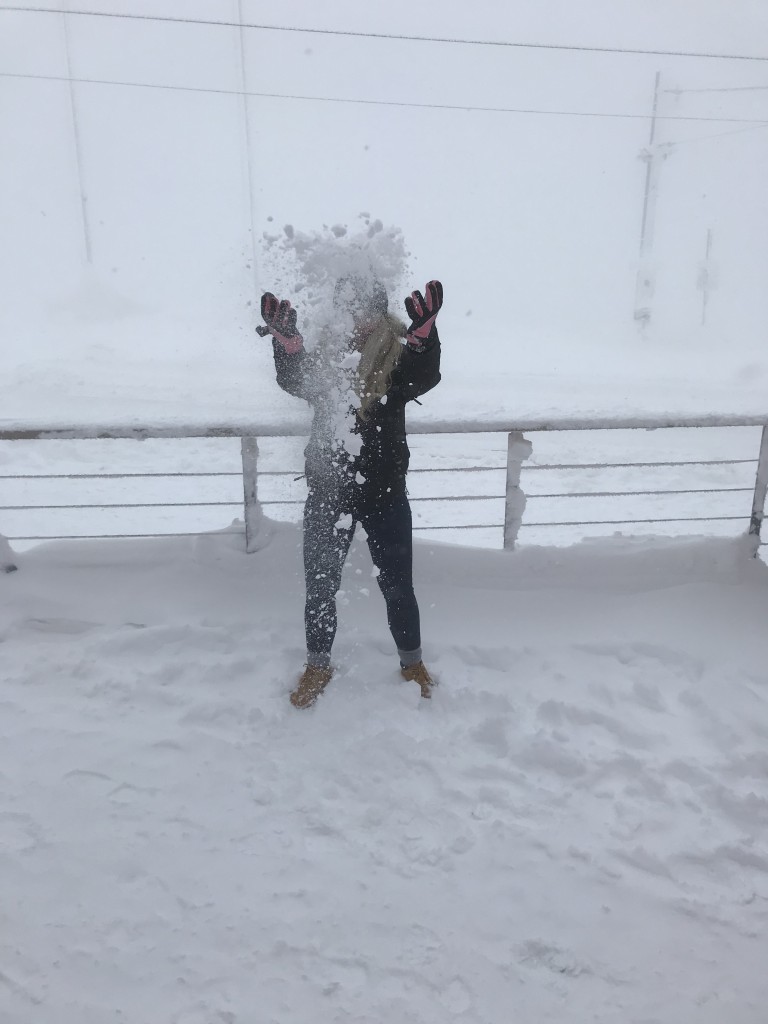 No really, January sucks ass. Sorry, I can’t deliver a super inspirational post when it comes to January. But I am kind, so after I’ve had a good old moan about how this is defo the most testing month of the year, I’ll offer some potential solutions. But first, let’s get into the nitty-gritty and examine the numerous reasons why January is such a painfully frustrating month. Oh, and did I mention my birthday is the end of Jan? Lucky me…

What’s even the point in it being freezing if you can’t stand by a bonfire with a glass of red wine? Every morning it’s hard to get out of bed because it feels like the air in your room is frozen and you’ll get frostbite if you remove your bedcovers. But there’s no fireworks night with sparklers or Christmas festivities to enjoy. Why, because it’s January, and nothing interesting happens in January.

Solution – Invent some sort of amazing public holiday/celebration for January.

31 days. Why though? Surely the universe could make January shorter purely because it’s such a hard month for us humans. Yes, January is in the list of the longest months of the year. August also has 31 days but we don’t mind August, because we get to enjoy glorious summer weather and ice creams.

Solution – Start a petition to make January one day shorter. Are you with me???

Whyyyy did you spend soo much in December? Did your mum really need that Chanel perfume, really? It’s totally shocking when you work out how much you spent in December not only on presents but Christmas food and meals out (because YOLO, it’s nearly Xmas, so why not constantly treat ourselves).

Then comes January and we all feel sick to our stomach when we realise how far away payday is. Most companies pay people early in December, which means waiting until the end of Jan is paiinnnfffullll.

Solution – Make companies pay workers a Christmas bonus in January. Avoid getting paid so early in December so the gap isn’t so darn long.

You feel like you have to solve all your life problems in one month. New year new goals, right? There’s so much pressure to make New Year’s Resolutions and generally be amazing once January begins. The previous year is over, and we hope and wish for a great year ahead. It’s just an odd time of the year when a lot of people face up to some of their #lifeproblems We wonder what 2019 might hold for us and sometimes this can create worries and fears.

Solution – Don’t make ridiculous resolutions you know you won’t keep. Don’t be too hard on yourself. If you do feel like setting goals then make sure they are achievable and you’ve got a plan as to how exactly you will achieve them. Avoid putting too much pressure on the fact that a new year has started.

Euugghhh whyyyyyyyy. I don’t know if this is just me, but in Jan I have several new policies up for renewal that require me to take action and sort shit out. And at this time of year I just really don’t want to be overloaded with admin. My car insurance is up for renewal by the end of Jan, and of course, I’ll naturally leave it until the very last minute but spend most of the month fretting about getting it done.

Solution – Just get shit done, it will instantly make you feel relieved and enable you to tackle January with less baggage.

You’re bored sat at home, yet no-one really wants to do much in Jan. They’re all too tired after the mayhem and family madness of Christmas. It’s just too much of an effort to arrange anything for a while. The more you’re sat at home twiddling your thumbs, the more you fret about how shitty January is.

Solution – Plan fun stuff for January so you don’t get bored. Even if you’re friends aren’t down, book a treat in for yourself.

There seems to be this universal January vibe in the air, and it’s hard to shake. Negativity is infectious and we all get sucked into the ‘urggghh January’ vicious cycle. I mean, everyone’s naturally going to be down now that Christmas is over for another whole year (though some people will be relieved). Those hardcore Xmas fans are almost in mourning for most of January.

Solution – Pretend it’s not really January at all and imagine you’re in a different month of the year, and then carry on as normal.

I’m not really sure when SAD is at its worst, but if I had to guess, it would be January. Because by Jan those suffering from the condition have had to battle through nearly four months of darkness.

Solution – Go somewhere sunny. Get one of those special lights. Take care of yourself.

Oh, I’m on the juicing keto no carb low cal zero sugar diet. Are youuu? That sounds found. Not. In January every bloody person feels the need to brag about the latest diet fad they’re trying that’s going to make no difference to their long term weight because they’re not sustainable. And as my life coach Antonio Esposito says, weight loss is all about changing your mindset.

So. many. Mince. Pies. For some reason in December we feel like we’ve got the right to eat whatever we want without any consequences. Well, there usually are consequences –  we put on weight. January is not only after Christmas, it’s mid-winter, so you’ve had months of getting festively plump. We need the extra insulation, am I right? Then we wake up on the first of Jan, with an insane need to detox and do 55030682 gym sessions and realise how big our belly has got. January sucks because we’re often at our heaviest.

Solution – Don’t eat quite as much in December? Do more exercise in December to burn off all those roast dinners? Take part in The Think Lean Formula mind and body transformation journey.

You wake up, it’s dark. You get home from work, it’s even darker. The afternoons are insanely dull and you resent the fact that it looks so depressingly miserable outside. There’s just no escaping it. January is dark.

Solution – Get outside as much as possible during daylight hours.

Why is taking down your Christmas tree so damn heartbreaking??? Is it because the Christmas lights are gone or because you know your tree will now slowly die and go a horrible brown colour whilst festering in your back garden? We often leave the decorations out for as long as possible which means they come down early Jan and our heart slowly breaks.

Solution – Redecorate your house once the decorations are down to distract yourself.

Noooo, please no. Why can’t we sit and watch Christmas movies in our pyjamas whilst snacking on crisps and chocolate all year round? That Christmas break is amazing but because you get used to having all that downtime, going back feels like the hardest thing in the world.

Solution – Choose a job you enjoy and want to go back to!

Dry January my arse. If you want a glass of wine, have one. Just do it in moderation. It’s pretty tough going from drinking all the wine, champagne and spirits throughout December to NO ALCOHOL AT all in January. And isn’t that going to make it harder to get through the month?

Solution – I reckon dry March would be a better idea because by then you’ve had a chance to wean yourself off of all that alcohol you drunk in December.

15. For the self-employed – the dreaded tax return

Literally the worst thing on the planet. If you’re self-employed, you’ll know. You start stressing about your tax return around October, and then worry until the deadline gets closer. Even if you’ve got your money saved it’s a pain in the arse having to sort your tax return out and make business decisions etc. etc. Screw you tax man.

Solution – Change the self-employed tax deadline pls. Jan is hard enough as it is.

Nothing to look forward to. Worries starting to build up. A lack of vitamin D. You’ll have heard of the January blues. It’s not surprising we feel a little down this month, all things considered. The January blues is like a disease that sweeps the nation. Hell, I’ve caught it, which is why I’m writing this blooming article.

Solution – Choose to have a better attitude. Pretend you’ve never heard of the January blues. Treat it like any another month.

Is February much better, really? That’s another problem with January. You fight to get through it, and you’re rewarded with another cold, dull, dark month. Unless you’re a fan of Valentine’s Day, February will probably remain much the same.

Solution – Let’s skip straight to March shall we?