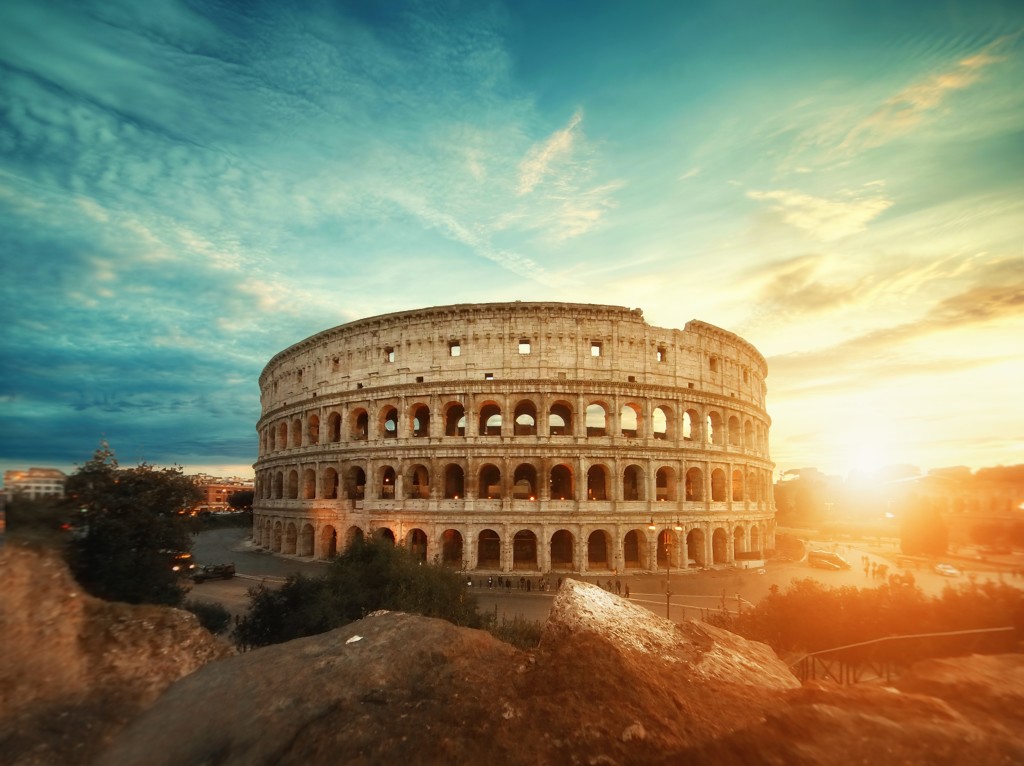 Italy’s capital city welcomes millions of visitors each year, such is the appeal of its world-famous sites and superb wining and dining scene. This week, The Content Wolf welcomes guest blogger, Elle Hammond, to round-up her top picks for a weekend exploring the Eternal City…

Things to do on a 48 hour trip to Rome Rome is packed with historical treasures, from The Vatican to the Pantheon, and all have their own charm and back-story. If you can’t fit them all in on your trip to Rome, the Colosseum has reasonable waiting times and a breath-taking exterior that truly lives up to the hype. It’s also one of the best-preserved ruins in the city. There are a number of options for touring – from audio-guided visits to personal guides. Alternatively, circle the haunting amphitheatre at your own pace. Rome’s most iconic fountain is a must-see, but sidestep the crowds in front of the 18th-century structure and opt for a bird’s-eye view instead. Right around the corner is the Relais Fontana di Trevi, a four-star hotel with classically Italian rooms. You don’t have to be a guest to enjoy drinks on the third-floor terrace, though. It’s got dinky tables, a lengthy cocktail menu and a wall framed by climbing ivy. Best of all, it looks right down onto the coin-tossing action below. The Spanish Steps (all 138 of them) have been standing since the 18th century. Named after the Spanish Embassy close by, they connect the Piazza di Spagna to Piazza Trinita dei Monti. Sadly, sitting on the steps and watching the world go by has now been banned, but you can still climb to the top and enjoy a drink at the terrace bar just to the left. The area is an entertainment hotspot – from caricature artists to tarot readers, street performers can be found at every turn. Arrive at the Trastavere neighbourhood with an appetite – this is one of the best places to eat out in Rome. Just east of the River Tiber, it’s a bohemian-feel district packed with traditional restaurants and atmospheric bars. For simple ingredients and delicious flavours, try Tonnarello, where the décor is pared back and the food spectacular. You’ll need to queue on a weekend, but don’t let this put you off. Grazia & Graziella is another great choice, just up the lane. While classic flavours like hazelnut and strawberry are easy to come by on holidays to Rome, you’ll also find more exotic variations such as turmeric and lemon or pear and caramel. Gelateria del Teatro is a real gem – this picture-perfect café is sandwiched between the River Tiber and Piazza Navona, and it has an open kitchen where you can watch the masters at work. Ask for a recommendation as the flavours tend to be seasonal. If you’re not sure what to go for, the staff will usually offer a little taster so you can try before you buy. Once a sad place of exclusion and intolerance, Rome’s Jewish Ghetto was established in 1555, making it one of Europe’s oldest. Today, it’s artsy and full of life, attracting a strong student crowd after dark. Along with its striking period architecture and fascinating Jewish Museum, it’s home to some gorgeous Kosher bakeries, restaurants and antique stores. Most are family-run and have been passed down through several generations.

Walking and the Metro are both fine ways of getting around in Rome, but that’s not to say they’re your only modes of transport. Segway tours run daily, and they’re a brilliant way to cover a lot of ground in just a couple of hours. Groups are kept nice and small, too. Alternatively, hire a Vespa to dodge the traffic and get around the city speedily – just like the locals do.