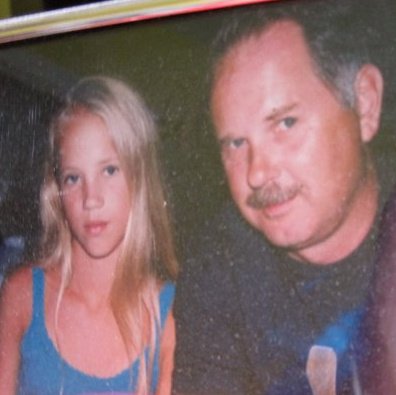 I’m sitting here waiting to board the flight home from my honeymoon.

I open up the news app on my phone, and it hits me. Within seconds, tears are falling down my face.

That’s what grief is like sometimes. One minute you’re fine, the next minute raw emotion hits you like a train. I’m sat in a deckchair, classic British, ‘jolly holidays’-style. I feel ludicrous, but thankfully nobody notices my eyes welling up. People are far too consumed with their own inner worlds to notice mine falling apart.

My husband leans over, sees the title of the news story on my phone, clocks my face, and doesn’t say a word. He just squeezes my hand and passes me his sunglasses. What a gent.

I sit there and let the wave of emotion I’m accustomed to by now hit me, and the pain rise like a tide in my chest.

I’m a writer. This is my job. On my blog I write about my struggles, successes, mental health and personal journey towards happiness.

I talk openly about all manner of things – grief, anxiety, depression, life, travel, the digital world…

But there’s a subject I can’t write about.

I’ve not yet been able to summon the strength. Because, after over a decade, it still makes me feel sick to my stomach. A toxic combination of anger and sadness.

I lost my father when I was 18. That alone is enough to hurt anyone, to the core. But there’s a very important piece of the puzzle I’ve always left out.

That final puzzle piece represents a distinct part of my grief; a part that I now realise I’ve failed to process. I’ve finally realised the puzzle can’t be completed without that missing piece. I’ve never felt strong enough to lay it down. But I need to, in order for my grief to be whole, and therefore for me to be able to put it away, high on a shelf. The grief will always be there, but in some way it will be whole. No longer aching and incomplete.

You see, it’s not the fact that my father died that I can’t cope with. It’s how he died.

I’ve wanted to be strong, and brave enough to tell his story – it frustrated me; I’ve got a small social following, and so the perfect platform to tell it. I want to fight for him and tell the world about the injustice he faced. But my pain has been too raw.

Though I campaigned against the scandal soon after he died. I spoke to a reporter. Got our story in a couple of national newspapers. But my voice wavered, then died. It was swallowed by a whirlwind of confusion and despair; deafening grief drowned out everything else.

I pushed the pain deep down inside, for self-preservation. I’ve known all these years that if I share his story, if I campaign and fight, it’s going to take a toll on me.

I’ve been waiting for the right time. Perhaps it’s now. Or maybe not. All I know is, this is a start. It’s the first time I’ve really broached the subject. Sure, I’ve written about my grief plenty of times, but not this.

MY DAD WAS KILLED BY THE INFECTED BLOOD SCANDAL. Even writing this simple phrase down makes me want to cry my eyes out.

So, what was the headline I read just before boarding my flight?

That doesn’t begin to cut it. I suppose I should be thankful that at least the government are admitting wrongdoing. And that there’s going to be a public inquiry.

Because they constantly refused to admit fault. There has been a huge cover-up which even involved the destruction of files and evidence. This is a disgusting miscarriage of justice, and at the highest level.

A quiet apology was made in 2010 by both the Scottish Government under Nicola Sturgeon and the then PM David Cameron, but only because the Penrose Report into the scandal forced their hand. The government had publicly denied the issues for more than twenty years, and some of the victims of this blood poisoning themselves had no idea why they were sick – even being accused of drug abuse and or alcoholism.

SIBF (Scottish Infected Blood Forum) was set up in Scotland to support victims and their relatives, but no government support provides a similar service in the UK, as far as I know.

Probably because they knew it would come out as the biggest NHS scandal to date.

The lies and deceit, and the shameful attempts to ‘push it under the rug’, may come back to haunt the government –  because now there’s to be a two-year-long inquiry.

Which is good news, but who knows whether anything will actually be done as a result? The Penrose Report was accused of whitewashing back then, when many victims weren’t allowed to give evidence – only six were allowed to stand witness out of the total number (67 victims).

I’ve got to wait two long years to find out whether any justice will be served, and any lessons learned. And, in the meantime, I’ve got to deal with it being plastered all over the news as a constant reminder.

So, what actually happened?

In a nutshell, the government didn’t screen blood properly in the 1970s and 80s and subsequently gave people infected blood.

In a Guardian report documenting the start of the inquiry this week, Sir Brian Langstaff states there may be as many as 25,000 patients who were given infected blood. And some STILL DO NOT KNOW they got it.

Decisions were made that put patients at risk. Some sources of blood donation which were known to be statistically at a higher risk of infection, for example, from the prison population, were added to the donor blood supply without due checks. There were also delays in heating the samples, meaning the infection spread was not minimised.

All this was happening about the time that two new viruses were rearing their ugly heads – HIV/AIDS and Hepatitis C.

Known then as Non-A non-B Hepatitis, the authorities were aware of Hepatitis C’s presence in these blood supplies, but ignored or played down any concerns about it. Patients were certainly not told they may have contracted it.

Many didn’t find out for more than a decade, in which period the disease had progressed. There is also the serious risk that they could have been infecting others. We know the terrible fall-out from HIV/AIDS, a disease with a reputation which was almost as difficult to deal with as the disease itself. And Hepatitis C presents much like alcoholism and drug abuse – primarily with liver damage (Cirrhosis).

Of course, that’s only after years of the disease creeping through the body, wreaking its slow devastation. Hepatitis C symptoms include constant fatigue, chronic aches and pains, problems with short-term memory, depression, anxiety, mood swings, tummy pain, itchy skin..the list goes on. And all of these elusive symptoms can easily be played down, or misdiagnosed.

He nearly died in a car accident.

He was given a blood transplant, which helped him survive the crash.

In one fell swoop he swaps a traumatic and sudden death for a slow fade, subjecting him to a life lived unwittingly under the spectre of death, for 30 years.

He was diagnosed thirty years after being given the blood. Three months after the diagnosis, he died. It was too little, too late.

Shockingly, tens of thousands of people still may not know they’ve got a deadly virus from blood transfusions. Medical records have gone missing. Government documents were destroyed. People weren’t told. It’s one thing to accidentally give people infected blood. That’s criminally negligent. But you know what’s worse? Covering it up and consequently giving all these people a death sentence they could have mediated, contained, or at least partially understood.

In some people, Hepatitis C can be cured and managed if caught early enough. If not, it causes irreparable damage. Cirrhosis (permanent scarring) of the liver. That’s what my dad had. He died of an infection whilst waiting for a liver transplant. Three days after Christmas.

I’m surprised that this is finally down on paper. Much like the radio silence from successive governments on the matter, it has taken me more than a decade to open the floodgates; mine locked through grief, theirs through guilt and cowardice.

It took a meltdown at an airport to start the flow. Minutes after I shed tears for my dad, I felt the urge to grab my notepad.

Sitting in the boarding lounge waiting for my plane, I wrote as many words as I could muster. And this is the result. It feels raw and emotional; it is an account of how the infected blood scandal tore my family apart at the seams. My sister and I were left without a father. My mother had her husband stolen from her – not just on that day, but during the decade in which he suffered silently with symptoms that were impossible to pin down.

The day my dad died my world shattered, and our family has never been the same since.

Not only have we had to cope with the loss of our dad, but we’ve faced all the complications and anguish born of the darkness surrounding the way he died.

I really hope the public are horrified by what they read as this hits the news. Thousands of people have died, and thousands more have suffered the slow decline of a loved one from a mysterious illness.

For the first time, the infected blood scandal is being examined in the cold light of day. Not only for me, but for all those infected, and all those who lost someone. Support must be rallied. Justice must be done. It is too late for my dad, and for many thousands more. But the truth might still save someone’s life.

Article written by Kiri Nowak. Kiri is an experienced freelance copywriter and blogger. She runs lifestyle, wellness, mental health and travel blog www.thecontentwolf.com Kiri is also founder of The Content Wolves, a Content Creation Company made up of a small pack of handpicked writers.

Got a question about this article? Simply get in touch. Want to find out the latest in the infected blood campaign/scandal/cover up? Click here.

Article edited by Phoebe Ryan.  Phoebe Ryan is a freelance copywriter, proofer and editor based in Cumbria. With a Masters in English Literature, she writes across broad topics, with particular passion for academia, travel, food, and eco-friendly floristry. Freelance Copywriter – The Edible Woman